Mayor, Where are my Police Officers? 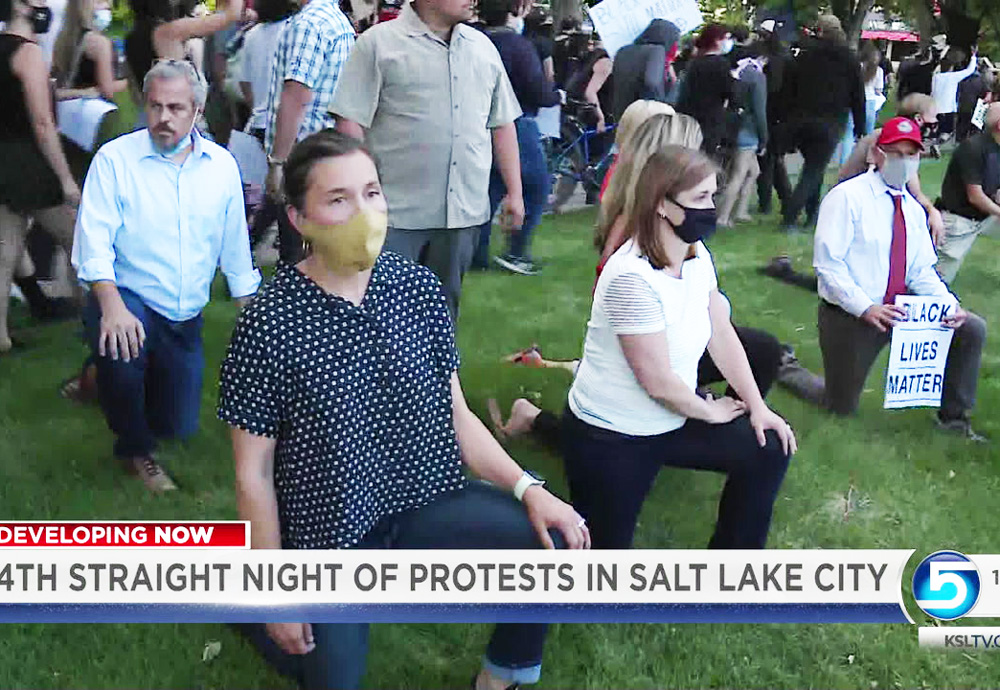 District Attorney Sim Gills urgent and distressed text is a wake-up call to everyone in Salt Lake County: "Mayor, where are my police officers to protect my building? We asked for assistance and we got none. I have over 100K in damage." So how did Mayor Jenny Wilson respond in this crisis? Dead silence. She did not respond.   That’s right, while vandals and rioters were raging, smashing windows, defacing with red paint, causing hundreds of thousands of dollars of damage to our taxpayer-funded Salt Lake County District Attorney building, the Mayor was silent. And yet, just a short month earlier, Mayors Jenny Wilson and Erin Mendenhall showed us whose side they are on and who they support as they “took a knee” with protestors at the Utah State Capitol. So when you cry out as vandals and intruders violate your home and threaten your family and loved ones, remember, the Mayor has already shown you whose side she is on. She has “taken a knee”, sided with the protestors, and leaves you, the law-abiding citizen to fend for yourself (see photo above).