Unless we act, today’s California wildfires are tomorrow’s Utah disaster

What are we and our elected representatives doing to prevent or mitigate catastrophic wildfires? Not much. 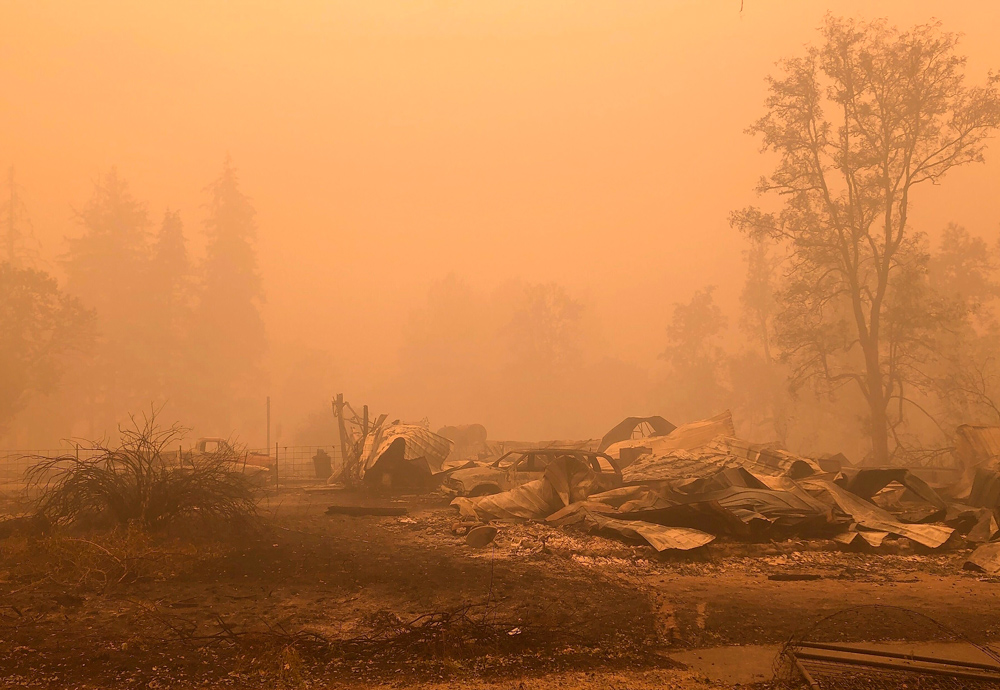 Fire damage is seen in Mill City, Ore., Saturday, Sept. 12, 2020. Diminishing winds and rising humidity helped firefighters battling deadly blazes in Oregon and California, but with dozens of people still missing, authorities in both states feared that the receding flames could reveal many more dead across the blackened landscape. Gillian Flaccus, Associated Press

Many of us watched in horror last week at the raw footage of raging California wildfires: homes evacuated and ablaze, terrified residents driving through infernos, and hundreds of campers airlifted out.

But how many of us stopped to ask, do we have these extreme conditions and dangers in our own canyons, foothills and backyards? And if so, what are we and our elected representatives doing to prevent or mitigate catastrophic wildfires?

According to wildfirerisk.utah.gov, most of our foothills are labeled “extreme” and “very high” fire danger. Almost all of Millcreek Canyon is deep red, labeled “extreme,” and much of Big Cottonwood and Little Cottonwood canyons are as well.

Much like California, little has been done along our East Bench and canyons to prevent or mitigate the impact of raging wildfires. The thick underbrush, heavy fuel loads and dead and down trees on our public and private lands are at an all-time high. The questions of whether there is sufficient water storage and pressure to fight wildfires have gone unanswered. Add to this the alarming fact there is only one way in and out of two of the three canyons.

So who is protecting our foothills and canyons — its residents, hikers and watershed? Who is taking proactive measures for fire prevention, secondary access, adequate water and educating the public for emergencies? No one, it appears.

The questions of whether there is sufficient water storage and pressure to fight wildfires have gone unanswered. Add to this the alarming fact there is only one way in and out of two of the three canyons.

Salt Lake City has extraterritorial jurisdiction over much of the East Bench and canyons, granted by the state legislature for watershed protection. In 1999, Salt Lake City committed to “develop a comprehensive wildfire management plan” by Jan. 1, 2001. As of September 2020, nearly 20 years later, there is no trace of their 2001 plan. Salt Lake City does have a 2017 “Community Wildfire Preparedness Plan,” but it addresses only the areas within the city boundaries, despite its extraterritorial jurisdiction. The plan’s authors simply left out Millcreek and Big Cottonwood and Little Cottonwood canyons — the very canyons they profess to protect.

Salt Lake County’s Resource Management Plan 2017 specifically states, “Wildfire is the most prevalent natural disturbance in the State of Utah,” and “establishing a fire management system is a critical step in protecting communities both urban and rural.”

And yet, three years later, when Salt Lake County updated its Wasatch Canyons General Plan, it simply stated that a “community wildfire protection plan or a mountain resiliency plan could help Canyon residents, businesses, and visitors identify and implement strategies to increase capabilities to prevent, respond to, and recover from disruptions.” There remains no realistic plan or direction to reduce heavy fuel loads on the public lands surrounding private homes and cabins. We still have a lack of accurate reporting of water capacity to fight fires, no proposed secondary access and few tangible action items.

Our elected officials and public servants have a legal and moral obligation to protect the lives of those who elected them, along with our canyon visitors and guests and the critical natural resources in these canyons. Turning a blind eye, ignoring extreme fire danger and threats to homes and lives, is no way to lead — especially when the heavy fuel loads and dry conditions indicate it is not a matter of if, but when, these mountains and canyons are ablaze.

We need a comprehensive plan now, and we desperately need specific actions to reduce fuel loads in our Wasatch Canyons watershed and foothills.